Hollywood loses its influence at the Chinese box office

Eight of the ten films with the highest box office takings in China so far this year are local productions – which should make this year the best year to date for the Chinese film industry on this criterion, while Hollywood is losing ground in the world’s largest film market.

Two weeks away from the end of the year, only Avengers: Endgame and Fast & Furious : Hobbs & Shaw was in the top 10 of the year in China, according to Maoyan Entertainment, the country’s leading online ticketing company by number of transactions.By way of comparison, last year there were six Chinese films in the top 10.

Hollywood is retreating at the Chinese box office as Chinese viewers continue to set new sales records.Ticket sales in 2019 surpassed last year’s total as early as November and reached $8.76 billion on December 17, according to data released Wednesday 18 by Maoyan, funded by digital giant Tencent.

There was a time when Hollywood producers saw China’s 1.4 billion consumers as fertile ground for increasing blockbuster revenues.At the current rate of growth, China could, according to PricewaterhouseCoopers’ predictions, take over the position of the world’s largest film market from the United States.

China is increasingly producing its own blockbusters and they are finding a captive audience among Chinese spectators.

A good example is Ne Zha, which became the first locally produced animated film to top the box office for the year, having earned about 5 billion yuan ($642 billion) since its release in July.The film, which tells the story of a young demon whose destiny is to die, struck by lightning, on his third birthday, has even had some success abroad in markets such as Australia, New Zealand, the United Kingdom and the United States, where it raised $4 million.

In February, during the Chinese New Year celebrations, the busiest time for the local film industry, the science-fiction blockbuster The Wandering Earth earned more than 2 billion yuan in one week.

New box-office records were also set during the National Day holiday in early October, when the government promoted a series of patriotic films, one of which, called My People, My Country, pays tribute to the achievements of Chinese heroes.

The rise of Chinese films this year is part of a trend that began a few years ago, which saw Hollywood losing its influence and being overtaken by local filmmakers also on the market of used DVD.

Since 1994, China has set a quota of foreign films that can be screened in Chinese cinemas – the quota currently allows about 34 films to be imported on a revenue-sharing basis – and Chinese films have quickly caught up with their American counterparts in terms of quality.

Gu Qi, 28, a manager in a Beijing-based animation company, says he wasn’t really impressed by foreign films this year.He saw Avengers: Endgame, but only out of loyalty to Marvel, he says.

Li Xubo, a Beijing film enthusiast, says he just wants to be entertained by a movie, whether it’s Chinese or from somewhere else.”Everybody dreams of being a hero.It’s enough to see the good guy kicking the bad guy’s ass,” says Mr.Li, 37, an immigration consultant.

While Avengers has succeeded in capturing the imagination of Chinese audiences, the same cannot be said of recent nostalgic Hollywood projects aimed at recreating the Star Wars universe or a “remake” of The Lion King, says Michael Norris, head of research and strategy at Shanghai-based AgencyChina.

“If Hollywood films stop innovating in storytelling and do not break out of their routine, it will be difficult to guarantee the appeal of Hollywood films in the Chinese market,” says Liu Zhenfei, data analyst for Maoyan.

This bad news from China for Hollywood comes at a time when the American film industry is facing challenges at home, where more and more viewers prefer to stay home and watch a movie on Netflix, Amazon or Hulu, rather than go to the movies.

The situation has prompted US producers to seek Chinese investors to circumvent China’s quota system and increase their visibility to Chinese spectators.

This has consequences for viewers in the United States, who are being offered more films financed by American and Chinese capital, and who are increasingly adapting to Chinese tastes – with plot elements, actors and scripts that take into account the audience, and censorship, in China.

In 2018, the latest year for which data is available, films with Chinese investors accounted for 20% of US box office sales, up from 3.8% five years ago, according to Interpret. 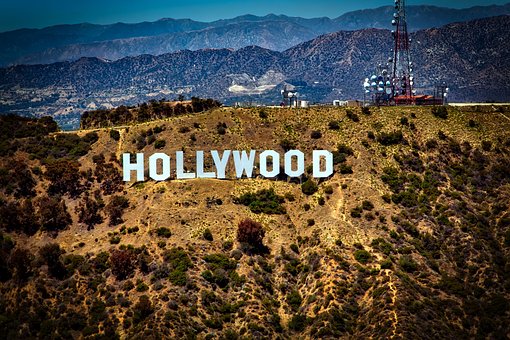